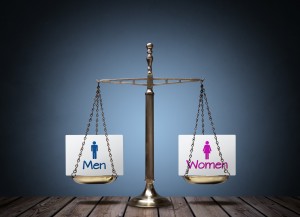 Now we are in an era where companies are forced to publish their gender pay gap, employers could be forgiven for thinking that gender pay reporting has superseded pre-existing equal pay laws, however this could not be further from the truth.

Equal pay and gender pay reporting are two entirely separate issues and employers have to comply with both.

Entitlement to equal pay is a right, enshrined in the Equality Act of 2010 and employees are entitled to raise a claim if they believe they are paid less than their co-workers based on gender.

The law is clear – a woman cannot be legally paid less than a man for doing equivalent work.

It isn’t always clear which roles are ‘equivalent’, however good practice would see companies conducting an equal pay audit, with the support of an external independent reward consultant if necessary, taking steps to remedy any disparity uncovered by the process.

The law does allow for differences in pay for issues like experience, years of service and so on, but the starting points must be equivalent for equivalent roles – meaning that if men typically do one job while women do another, but the roles are broadly similar, any pay disparity could fall foul of equal pay law.

Getting this wrong could prove expensive for employers – as UK retailers could be set to find out.

In a case dubbed ‘the UK’s biggest equal pay claim to date’, 35,000 Asda shop floor workers saw their claim upheld by the Appeal Court this January, who agreed with earlier rulings that Asda shop floor roles were equivalent to the duties undertaken by the company’s warehouse workers, which typically pay more and have more male employees.

The law firm representing the employees, Leigh Day, also represents other retail workers and it is anticipated that if successful, the claim could cost the UK retail industry as much as £8 Bn.

Despite the consistent ruling in all earlier courts, Asda announced in August that it is appealing the decision of the Appeal Court and will take the case to the Supreme Court.

“This equal value case is extremely complex and without precedent in the private sector, so it is vital the issues are given the legal scrutiny they deserve. Whatever the final outcome, the implications for UK businesses, not just in retail, will be far-reaching.”

“A date has not been set for the hearing, but the decision is hotly awaited by employment lawyers across the UK.

“In the meantime, our advice to employers is to follow best practice and conduct an equal pay audit, with the support of an external professional if needed.”