Obtaining legal advice at an early stage in a dispute often saves time and money in the long run.

This is particularly important in disputes between employers and employees which can be subject to complicated procedural rules and strict time limits.

We have considerable experience acting for all types of employer and employee, representing and advising partnerships, corporate and small businesses in a wide range of employment disputes.  We also have extensive experience advising clients about the complications that arise when businesses transfer from one owner to another.

We have represented employees across a range of issues including disciplinary matters, grievances, unfair dismissal, redundancy, disability and race discrimination claims. We regularly represent clients at employment tribunals and also have experience in dealing in cases before the Employment Appeal Tribunal. 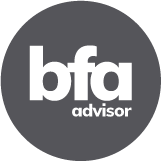