Hutchinson Thomas recognise how valuable intellectual property is for your business.

Failure to protect your brand can leave you open and enable competitors to gain advantage.

Our dedicated team at Hutchinson Thomas are able to assist you in all aspects of Intellectual property and IT.

We are able to assist in the following areas:

Our experienced team at Hutchinson Thomas are able to guide you and your business through the process of protecting your intellectual property assets, including Trademark Applications.

Darren Davies is the partner who heads the Franchise team. Darren deals with all aspects of franchise matters, including Intellectual property issues. His clear thinking approach is well suited to the commercial, business and franchise matters he advises on. With significant experience in litigation, he is also well placed to deal with any contentious issues that may arise. Darren is recognised in the Legal 500 for his ‘excellent approach with clients, who trust him implicitly’.

Simon Thomas is a partner with 20 years’ experience in employment law. He frequently publishes articles on employment law for businesses and regularly delivers training courses for employers and HR managers. Simon has unique experience and expertise in regulatory work, representing professionals before the General Pharmaceutical Council, the Care Council for Wales, and the Nursing and Midwifery Council in fitness to practice proceedings. In addition, Simon was one of 10 judicial officers appointed by World Rugby (formerly IRB) from across the globe to the 2015 Rugby World Cup with responsibility for dealing with serious acts of foul play. He is a member of the Association of Disciplinary and Regulatory Lawyers.

Our team have experience in both contentious and non-contentious matters. Our experienced litigation team are able to assist in any Intellectual Property disputes that may arise. 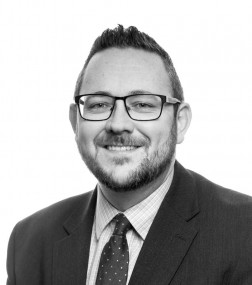 Darren heads the Franchise Law team within the firm, dealing with all legal matters arising from Franchising your business or obtaining a Franchise. Working within the litigation team, he is also well placed to understand and deal with any franchise disputes that may arise.

Darren works closely with other sector specialists in the Franchising industry and is able to assist our clients further with introductions to other professionals such as accountants, consultants, lender, marketing and franchise recruitment specialists.

Darren deals with all aspects of criminal law from the police station to Crown Court. He is an accredited police station representative and a member of the Criminal Accredited Scheme. He is a duty solicitor on the Neath & Port Talbot scheme and a qualified Legal Aid Supervisor. Darren supervises all Crown Court matters including serious and complex cases. He has a wealth of experience in defending high profile cases including murder, sexual offences, drug offences and high value fraud.

Darren specialises in defending those accused with serious crimes, in particular, those accused of white collar crime. He has obtained an excellent reputation in dealing with specialist fraud matters and is regularly recommended to clients by other practitioners. Darren works closely with Stephen Harrett in all aspects of preparation and representation to ensure full continuity of service.