A recent case highlights the importance of taking steps, when making a Will, to attempt to minimise potential claims that may be made against the estate.

Michael Inchbald was a famed interior designer who designed the QE2 and The Savoy Hotel. Mr Inchbald died in 2013 aged 92 and his children Courtenay and Amanda are currently battling over his £20 million estate. Mr Inchbald made a Will in 2007 dividing his estate equally between Courtenay and Amanda except for a few small gifts. This replaced an earlier Will made in 2005 where half of the estate was placed into trust so that Amanda would receive an income for life with Courtenay receiving the capital when Amanda died.

Courtenay claims that his father did not know or approve of the changes made to his Will in 2007 as he was suffering from dementia. Amanda feels that the changes made in the 2007 Will reflecting an equal split between her and her brother were neither unusual nor suspicious.

This case focuses on capacity and, specifically, whether or not Mr Inchbald at the time of making his 2007 Will understood the new terms of his Will and approved of the contents.

It is impossible to prevent a claim being brought against a Will but there are measures which can significantly decrease the likelihood of a claim being made. Depending on the circumstances, one or more of these may be appropriate:

– A Letter to your Executors – this letter, prepared when you make your Will, sets out your reasons for drafting the Will in that way. Such letters often set out breakdowns in relationships and the conduct that had led to the decision to make the Will. It is intended to be confidential unless a claim is made in which case it can be a useful document in the hands of the executor.

– A Dispute Clause – this can be inserted in your Will if you suspect that one or more of your beneficiaries will be dissatisfied with what you are leaving them. The clause states that should any beneficiary wish to challenge the Will then they will forfeit their entitlement. This clause acts as a deterrent to make a claim and provides an incentive to accept the gift although there is no case law yet to support this.

– A Medical Opinion –  written confirmation from your doctor confirming that you have full capacity to make a Will and understand the terms of your Will at the time of making it. This is particularly recommended if you are older or have been diagnosed with a form of dementia, for example.

For advice or further information, please contact one of our qualified specialists: 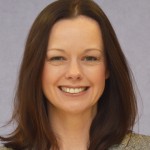 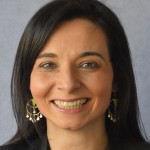 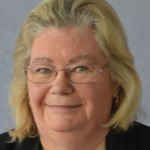