Drivers caught using handheld mobile phones are to face much tougher penalties under new rules expected to come into force in 2017.

Drivers can expect to receive up to six penalty points on their license and face a £200.00 fine, whereas newly qualified drivers may be asked to retake to their test the first time they are caught. More experienced drivers, who offend twice, could face possible fines of up to £1,000 and at least a six month driving ban. This is a significant increase from current position where drivers receive three penalty points and a £100.00 fine.

The new penalties will attract criticism as many believe six penalty points is insufficient and some way from the immediate ban a driver would receive for drink driving. In September 2016, one driver was jailed for nine years after admitting causing death by dangerous driving. Prior to this conviction, the Defendant had received six separate penalties for using a mobile phone at the wheel.

A survey conducted by the RAC suggested nearly a third of UK motorists text, make calls and use apps while at the wheel, with the number rising since 2014.

For advice or any further information in relation to road traffic offences, please contact one of our specialist road traffic lawyers on 01639 640162. 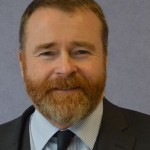 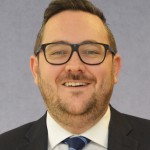