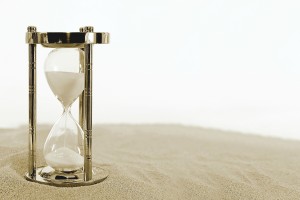 There has been much confusion of late concerning the Inheritance (provision for family and dependents) Act 1975, following two recent cases that saw differing judgements regarding out of time claims.

There is a strict six-month time limit from the date of issue of the grant of probate for claims for financial provision to be made under the Inheritance Act. Yet the rulings in the following cases, which were brought substantially later than the time limit, have caused much uncertainty, leaving many in the legal field calling for clarity. Both cases saw claims made by the spouse of the deceased, however, the background to each case was very different.

The first case, in February 2019, was Cowan v Foreman, where the claimant filed her application under the Inheritance Act 17 months late. The claimant was the main beneficiary of the deceased’s £16m estate. In his will, the deceased had established two trusts, chiefly to provide for the claimant’s needs, but also to provide for his children and grandchildren. Yet, the claimant was worried that she did not have total ownership of any property and thus brought the claim. The permission was refused, with Mr Justice Mostyn condemning standstill agreements between lawyers that permit time extensions beyond the six months outlined in the Act, stating: “It is not for the parties to give away time that belongs to the court.” He claimed the widow claimant had little chance of success even if the claim was to go to trial, so there was no good reason for the delay.

In a subsequent case last month (March 2019), Bhusate v Patel, the High Court granted permission to bring a claim under the Inheritance Act over 25 years after the deadline for doing so. The court ruled the claimant, whose husband passed away in testate in 1990, was effectively powerless to bring a claim any sooner because of the absence of agreement by her stepchildren. The stepchildren, who were the deceased’s from his first marriage, had blocked the sale of the claimant’s residential property and took no further action to break the impasse. Chief Master Marsh ruled the claimant had established ‘compelling reasons’ why it was right and proper that the court should exercise its discretion in her favour. It was outlined that if the application was not granted, the claimant would be left with no remedy at all, no benefit from her husband’s estate, and could be left homeless.

“Standstill agreements have been a widely used tool in Inheritance Act claims as the six-month time limit is a relatively short timeframe in which proceedings must be issued. The firmness in Mr Justin Mostyn’s statement in Cowan v Foreman, however, shows standstill agreements will need to be used carefully in future, if used at all.

“The result of these inconsistent rulings will leave many in the legal sector unclear when it comes to advising on the merits of an application for permission to bring an out of time claim under the Inheritance Act. A future decision from the Court of Appeal may bring greater clarity to assist practitioners in this area of the law.”

For more information, contact Simon Thomas on 01639 640164 or email simon.thomas@hutchinsonthomas.com