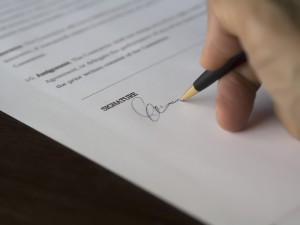 A recent inheritance case between two stepsisters based on which of their parents passed away first has been determined by the High Court, which by using a 1925 law, ruled that the younger parent legally outlived the older.

The deceased, Mr and Mrs Scarle, aged 79 and 69, died from hypothermia at their home during October 2016. A legal battle followed amongst their children over who would inherit their home.

The case was viewed as an all or nothing row, which was concluded by the High Court with one stepsister, Mrs Scarle’s daughter, winning the dispute. She argued that it could not be determined for certain who passed away first and so legally her mother, who was the younger party, should inherit the property.

This relied on the “Commorientes Rule” in Section 184 of the Law of Property Act 1925 – which relates to simultaneous deaths. It states that if it cannot be determined who has died first then the younger person should be presumed to have outlived the elder.

Mrs Scarle’s daughter was awarded her late mother’s home, with her stepsister having to pay at least £150,000 in legal costs.

“This is an exceptional case highlighting the use of a nearly century old law, which has not been used since the Second World War. The judge in this case ruled that as there was uncertainty as to the order of death of Mr and Mrs Scarle, Section 184 applied, meaning the younger was deemed to have survived the elder.

“What is important to note from this case is the importance of a properly drafted will, which can avoid cases going to trial and thus massive legal costs. Outlining specifically through a will what should happen in every eventuality is crucial to ensure your wishes are adhered to, while minimising distress from loved ones during a difficult time.”

For advice on keeping your will up to date and inheritance planning, contact Louise Williams on 01639 640153 or email louise.williams@hutchinsonthomas.com