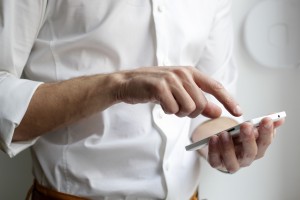 It may be a question at the back of many employers’ minds: what if an employee makes a covert recording in the workplace? There has been a light shone on this topic in the recent Phoenix House v Stockman case, where the Employment Appeal Tribunal (EAT) considered whether it would be misconduct for an employee to make a covert recording at work. It was held that it would usually be viewed as misconduct, however, pressing circumstances could be an exception. It may therefore be worth considering whether your company’s disciplinary procedures need reviewing to include covert recordings as an example of gross misconduct.

Phoenix House appealed to the EAT with the grounds surrounding the tribunal’s view on reducing the compensation award regarding the covert recording. It was found that the tribunal had applied the law correctly and that the purpose for the recording being made was relevant – as a vulnerable employee seeking to keep a record and guard against misrepresentation. An employee who made a recording with a view to entrap their employer was more likely to amount to misconduct.

The EAT stated that it: ‘considered it good employment practice for an employee or an employer to say if there is any intention to record a meeting save in the most pressing of circumstances – and it will generally amount to misconduct not to do so’.

The following factors are considered when assessing whether a covert recording breaches the implied term of trust and confidence:

What can employers and employees learn from this case?

“With advances in technology and the vast majority of those in the workplace having smart phones, it is incredibly easy for covert recordings to be made. However, it is not so easy to determine the intention of an employee making the covert recording. This case highlights the importance of employers being aware of their disciplinary procedures and to review these crucial policies to ensure they include covert recordings as an act of misconduct or gross misconduct. It also shows the usefulness of employers making themselves clear at the beginning of any meeting, that employees are not permitted to record the meeting, and that to do so would be a disciplinary offence. Clarity and good practice will deter employees from undertaking covert recordings, while preventing employers from being subject to paying tribunal awards.

“It is important to note that even if a covert recording does amount to gross misconduct, what is recorded could still be used as evidence in a tribunal. Those involved in grievance and disciplinary hearings should therefore always aim to conduct themselves in such a way that would be considered reasonable by a tribunal.”

For more information on updating your disciplinary policy or other employment law matters, contact Simon Thomas on 01639 640164 or email simon.thomas@hutchinsonthomas.com