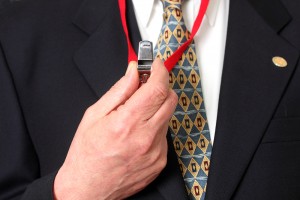 A recent case brought at an employment tribunal has shown that employees who look into how to blow the whistle on their employer can rely on the same legal protections as actual whistleblowers.

Background to the case

In Bilsbrough v Berry Marketing Services, the claimant, Bilsbroguh, claimed he was subjected to a detriment on the ground of making a protected disclosure. Bilsbrough claimed to have found a data security breach at the company he worked for, Berry Marketing Services. He informed the company director of his discovery, which was frowned upon by his line manager who told him to “engage [his] brain next time.” The claimant was found to be entirely in line with the whistleblowing policy of the company to go to the company director, given that his line manager was not on site.

Angered by the response of his line manager to his actions, Bilsbrough spoke to a colleague about what had happened saying that he would ‘take the company down’ with the information he had. He then used the internet to research data protection principles and how to make a disclosure to the Information Commissioner.

Upon his line manager finding out what Bilsbrough had said to his colleague, he was suspended and later dismissed following a disciplinary meeting.

The employment tribunal found that the reason for Bilsbrough’s suspension was because he had been researching ways to make a protected disclosure and therefore because the employer believed that he had considered making a protected disclosure. Berry Marketing Services was seen to be more motivated by what Bilsbrough had intended to do in the past rather than what he might do in the future.

Bilsbrough’s counsel argued that if an employee does not know how to make a disclosure to a regulator, they will have no option but to research how to do so. If the research is discovered before the disclosure is made and an employee can legitimately be subjected to a detriment or dismissed as a result, then being able to make a protected disclosure is significantly reduced.

It was noted that if an employee is behaving responsibly in preparing to make a disclosure and they cannot make that disclosure without researching how to do so, then their dismissal or subjecting them to a detriment because of that research would be an interference with their right to freedom of expression.

“Although this case did not find that the claimant was unfairly dismissed, he was found to be subjected to a detriment on the ground of making a protected disclosure. The case highlights an extension of the protection provided to whistleblowers to include those researching how to make a disclosure. This may enable more people to reveal misconduct within their workplace without the fear of repercussions from their employer.”