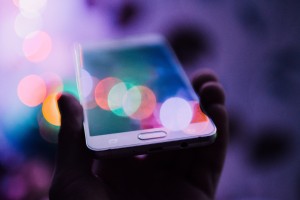 It has recently been announced that the National Police Chiefs Council (NPCC) and Crown Prosecution Service (CPS) are introducing standardised consent forms in England and Wales to enable access to mobile phones and other electronic devices.

The introduction of the forms follows various rape and serious sexual assault cases falling through when crucial evidence came to light, highlighting concerns that evidence is not being disclosed early enough.

It has been outlined that accessing such digital information would only occur when there is a reasonable line of inquiry, with the data only going before a court when it meets strict rules.

Although the consent forms can be used in any criminal investigation, their introduction has been most associated for use in rape and sexual assault cases, where complainants frequently know suspects and their communication could form critical evidence.

There have been concerns that use of the new consent forms will prevent victims of crime coming forward due to fears of having to hand phones or other devices over to the police. The consent forms outline that victims will be able to explain why they may not want to give consent for police to access their information. However, if permission is refused, it may risk the prosecution not going ahead.

“The new consent forms have cast a light on the difficulty of balancing an individual’s right to privacy with the need to investigate all evidence. There will need to be incredibly careful handling of data when it comes to someone’s personal device such as a phone so that any embarrassment or disruption is kept to a minimum. Even with such a cautious approach, the forms could still have the effect of preventing victims of crime coming forward out of fear of having their personal life scrutinised.

“When you consider these consent forms will be used to a significant extent in cases of rape and sexual assault, the additional distress of such disclosure to complainants is very troublesome. It is clear that privacy and justice appear to be in contention with the introduction of these consent forms. The forms have however been viewed as a way of bringing consistency and best practice to police forces.”

For more information, contact Darren Davies on 01639 640 162 or email Darren.davies@hutchinsonthomas.com