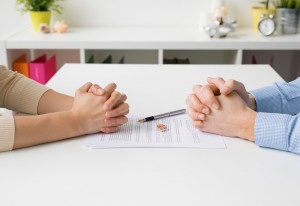 An appeal of a financial remedy order by Mr Moher was dismissed by the Court of Appeal. It highlights the importance of disclosing your assets in order to receive a favourable outcome.

Moher v Moher involved a couple who had married in 1995 and separated in 2016. Mr Moher was a businessman while Mrs Moher was a homemaker with some part-time employment. Since separating, Mrs Moher found employment to sustain herself.

During court proceedings, Mr Moher proposed paying Mrs Moher £960,000, however she believed she was owed a lump sum of £1.5 million. Mrs Moher argued that he had undervalued his assets; therefore, Mr Moher was ordered to pay a lump sum of £1.4 million. If he failed to make this payment, there would be added interest at the usual judgement debt rate.

Furthermore, the husband was ordered to pay maintenance to Mrs Moher of £22,000 per annum until the later of “the grant of a Get” (a Jewish divorce document – see below) or “the payment in full of the lump sum together with any interest accrued thereon”.

Also, Mr Moher was ordered to pay just over £52,000 towards his wife’s costs.

The husband appealed the decision on a number of grounds. Mr Moher believed the judge failed to quantify the extent of the husband’s financial resources and that their calculation of the award was not properly reasoned. Further, he believed the judge was wrong to award interest on the lump sum and that it was unfair to order payments until the grant of a Get.

A Jewish Get involves a husband giving his wife a document of divorce in the presence of witnesses. In Jewish law, marriage can only be dissolved by a rabbinical court, therefore Mr Moher believed that as they were not divorced by Jewish law, he should not be ordered to pay.

The decision was made to allow payments to continue until a decree absolute is granted, which requires a Get to be given. Wives have protection against men who refuse to provide a Get as the court has jurisdiction to make orders for maintenance payments to wives who have not yet received a Get.

“Overall, this case establishes the importance of declaring your assets to the courts. By not fully disclosing his assets, Mr Moher ended up having to suffer the consequences, with the court working to provide a fair outcome. Ultimately the Court of Appeal ruled in Mrs Moher’s favour, and Mr Moher was left with periodical payments and a large lump sum to pay. I would advise anyone entering into divorce proceedings to be open and honest about their assets from the outset.

“Getting clients to accept that disclosing an asset is not conceding that the asset is to be shared is often not easy, but it is essential. In addition, due to the nature of divorce, one party often knows a lot about the other party’s affairs. Failing to disclose an asset, and then getting caught out, can backfire giving the other party a tactical advantage.”

For more information on divorce law, contact Robert Williams on 01639 640164 or email robert.williams@hutchinsonthomas.com